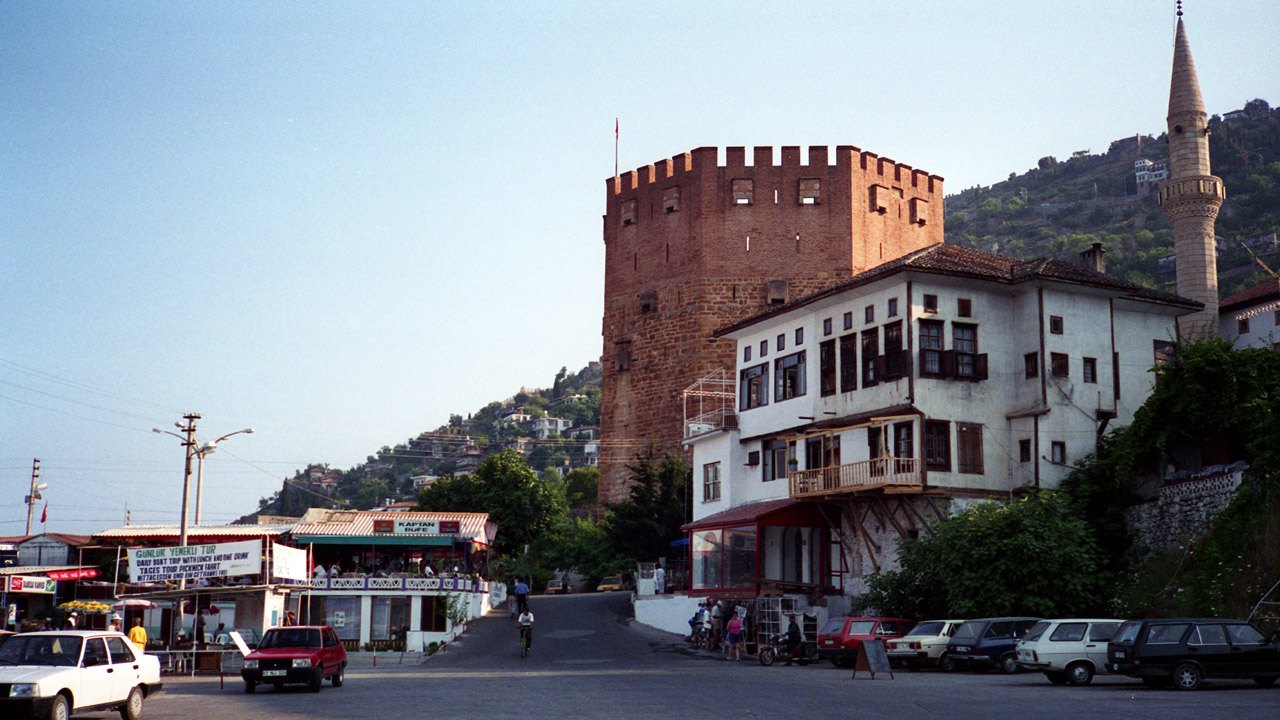 Alanya is a beach resort city on the southern coast of Turkey 138 kilometres east of the city of Antalya with about 120,000 inhabitants. The Mediterranean climate, natural attractions, and historic heritage make Alanya a popular destination for tourism.

Because of its natural strategic position on a small peninsula into the Mediterranean Sea below the Taurus Mountains, Alanya has been a local stronghold for many Mediterranean-based empires, including the Ptolemaic, Seleucid, Roman, Byzantine, and Ottoman Empires. Alanya’s greatest political importance came in the Middle Ages, with the Seljuk Sultanate of Rûm under the rule of Alaeddin Kayqubad I, from whom the city derives its name. His building campaign resulted in many of the city’s landmarks, such as the Kızıl Kule (Red Tower), Tersane (Shipyard), and Alanya Castle.