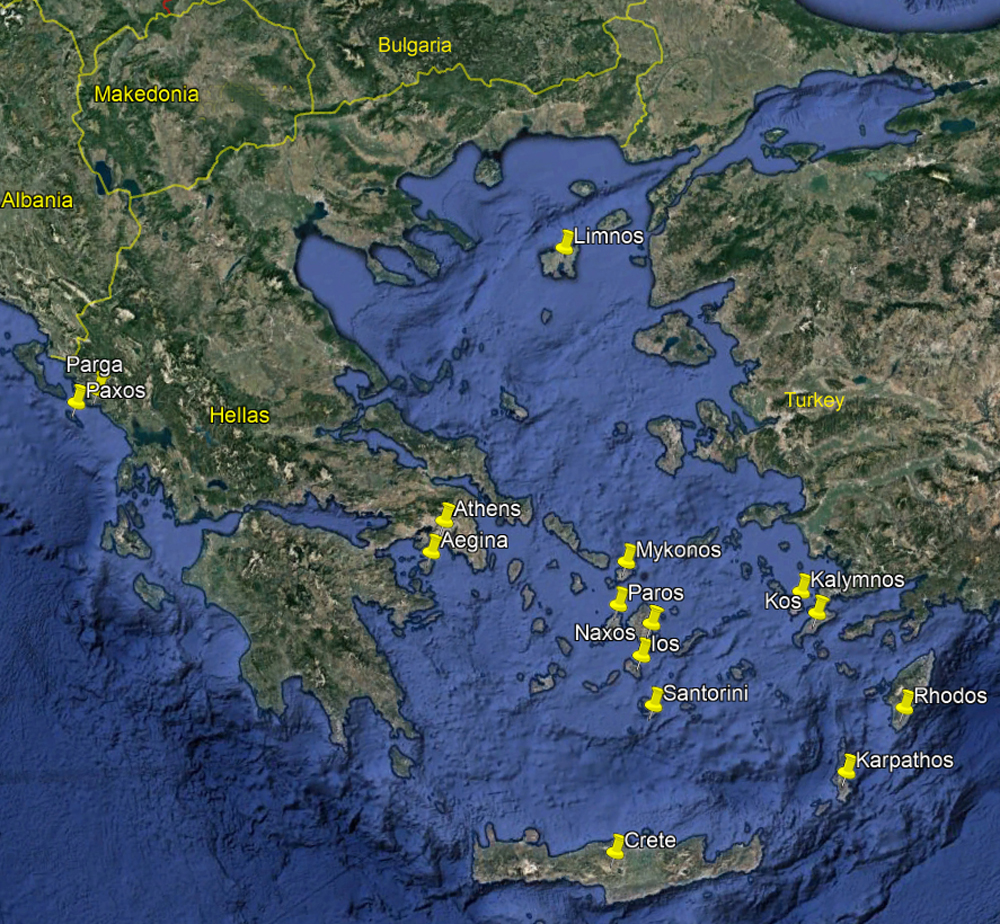 Greece is a country located in Southeast Europe. Population is about 10.5 million. Athens is the nation’s capital and largest city.
Situated on the southern tip of the Balkans, Greece is located at the crossroads of Europe, Asia, and Africa. It shares land borders with Albania to the northwest, North Macedonia and Bulgaria to the north, and Turkey to the northeast. The Aegean Sea lies to the east of the mainland, the Ionian Sea to the west, the Cretan Sea and the Mediterranean Sea to the south. Eighty percent of Greece is mountainous, with Mount Olympus being the highest peak at 2,918 metres.
Greece is considered the cradle of Western civilization, being the birthplace of democracy, Western philosophy, Western literature, historiography, political science, major scientific and mathematical principles, Western drama and the Olympic Games.

Tourism has been the country’s most important sectors, contributing 20.6% of the gross domestic product as of 2018. Greece welcomed over 28 million visitors in 2016, making Greece one of the most visited countries in Europe in the recent years. The vast majority of visitors in Greece comes from the European continent, with most visitors from United Kingdom and Germany.