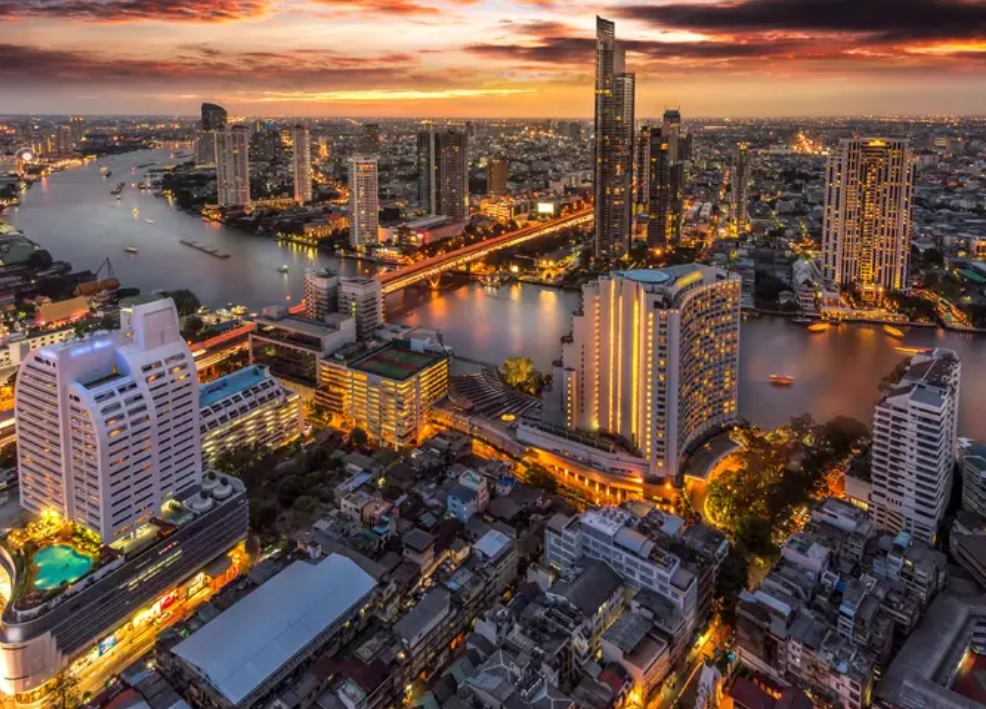 Bangkok is the capital and most populous city of Thailand. It is known in Thai as Krung Thep Maha Nakhon or simply Krung Thep. The city occupies 1,568.7 square kilometres in the Chao Phraya River delta in central Thailand and has a population of over 10 million, with over 16 million people lived within the surrounding Bangkok Metropolitan Region.

Bangkok’s rapid growth coupled with little urban planning has resulted in a haphazard cityscape and inadequate infrastructure. An inadequate road network, despite an extensive expressway network, together with substantial private car usage, have led to chronic and crippling traffic congestion, which caused severe air pollution in the 1990s. The city has since turned to public transport in an attempt to solve the problem. Five rapid transit lines are now in operation, with more systems under construction or planned.

Bangkok is faced with flooding, and several times during its history the issue of moving the nation’s capital and government functions elsewhere have been raised.

We took a Chao Phraya Express Boat from a pier near our hotel, which was quicker than by car, and the air is relatively fresher on the river. Our first stop was the Sleeping Buddha, thereafter we took a taxi to the Grand Palace.

We joined a tour to the Floating Market. They picked us up at our hotel, and drove us out of the city. We boarded long-tail boats and raced through klongs (canals) to the floating market area. There we disembarked and walked along the river watching vendors in small boats selling all kinds of goods. There were also market stalls on shore. What a colorful place!