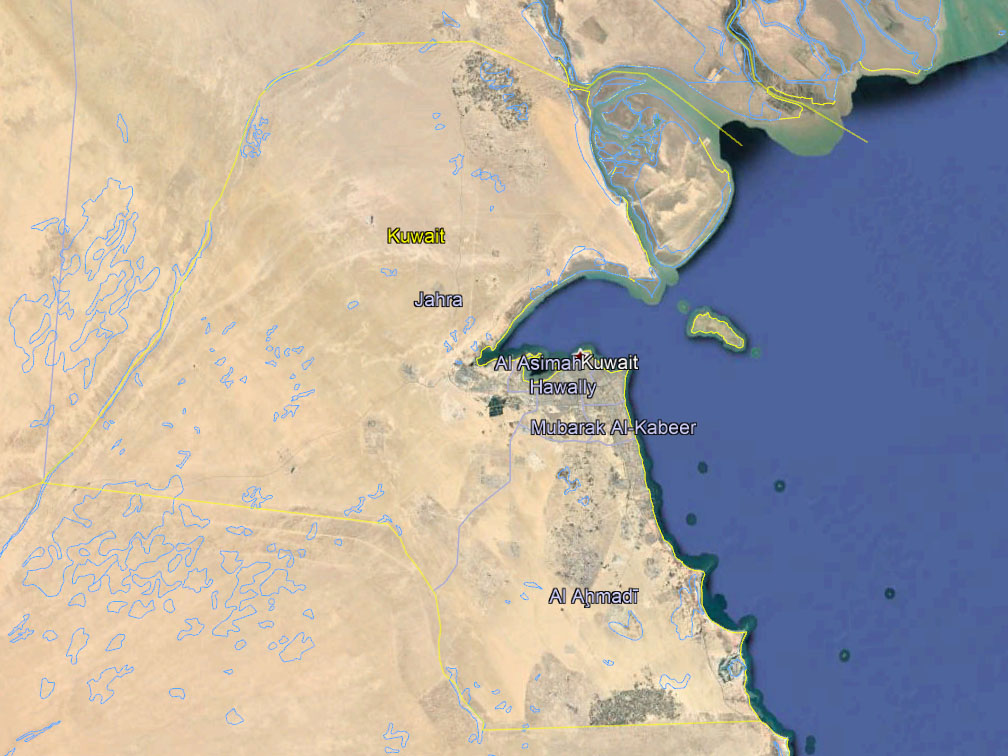 The State of Kuwait is situated in the northern Persian Gulf, sharing borders with Iraq and Saudi Arabia. Kuwait is a constitutional sovereign state with a semi-democratic political system. It has a high-income economy backed by the world’s sixth largest oil reserves. Kuwait has a population of about 4.5 million people, of which 3.2 million are expatriates.

Oil reserves were discovered in commercial quantities in 1938. From 1946 to 1982, the country underwent large-scale modernization. In 1990, Kuwait was invaded, and later annexed by Saddam’s Iraq. The Iraqi occupation of Kuwait came to an end in 1991 after military intervention. Kuwait is a major non-NATO ally of the United States.

I visited Kuwait in connection with installation of computer program updates on two ships, and to train the ships’ officers.

I did not see much of the country – only desert, power lines and oil related installations/business.

I joined the first vessel in port, and when this was finished unloading I was transported out to the next vessel waiting offshore. When the bearth was free I sailed with the ship back into port, watching from the bridge.