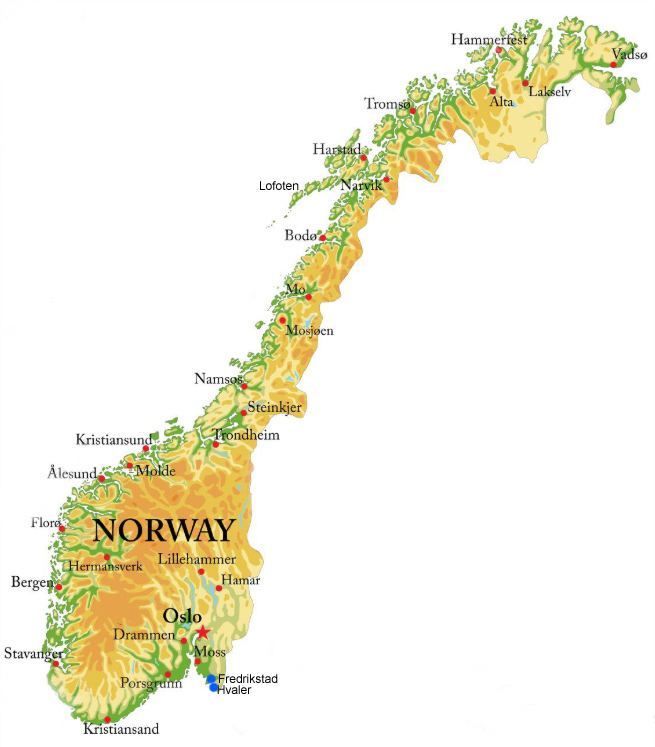 Norway is a long mountainous country with lots of fjords and islands. You find the Arctic Circle south of Bodø, about half way up, and Oslo is at 60 degrees north, which is the same as Anchorage in Alaska. Despite this the temperatures are fairly mild because of the Gulf Stream flowing along the coast. In coastal areas the minimum temperatures in winter are just below freezing, but inland the temperatures may drop to minus 30 deg.C on really cold days.

In Oslo where I live the average temperature in winter is just below freezing, and in the summer we have around 20 deg.C (+/- 10 deg.)

Norway has a total area of 385,207 square kilometres and a population of about 5,4 million. The country shares a long eastern border with Sweden, and is bordered by Finland and Russia in the north-east. Norway has an extensive coastline with Skagerrak strait to the south, The North Sea in the west, and the North Atlantic Ocean and the Barents Sea in the north.

Other places in Norway