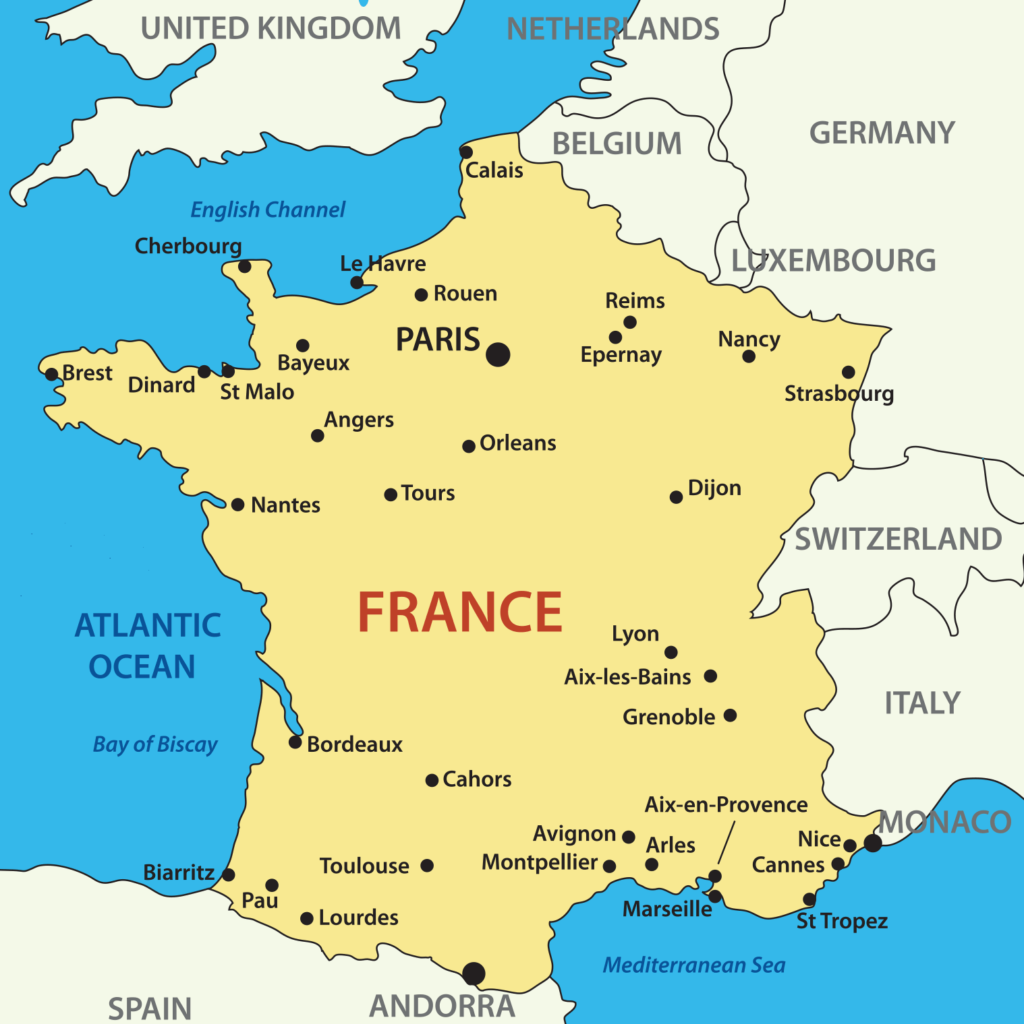 France is on the western edge of Europe, and lies within the northern temperate zone. It covers 551,500 km2, about 1000 km from north to south and from east to west.

People come to France for many a reason: its cities contain some of the greatest treasures on the continent, its countryside is prosperous and well-tended, and it boasts dozens of major tourist attractions, including Europe’s most popular, Disneyland Paris. France is one of the most geographically diverse countries in Europe, containing areas as different from each other as urban chic Paris, the sunny French Riviera, windswept Atlantic beaches, the snowy resorts of the French Alps, the Renaissance châteaux of the Loire Valley, rugged Celtic Brittany and the historian’s dream that is Normandy.

I have visited France several times:

We bought a 2-day ticket to the park, and spent allmost 2 full days there. Not the best weather – a little rain nad some sunshine. We had lunch in the Blue Lagoon restaurant.

Unfortunately it was raining when we visited the Eiffel tower. At least there was no queue, and we did not have to wait long for the elevators. Not the best view from the observation deck – but we ‘have been there’.

The Louvre Museum is the world’s largest art museum and a historic monument. It is located on the Right Bank of the Seine. Approximately 38,000 objects from prehistory to the 21st century are exhibited over an area of 72,735 square meters. In 2019 the Louvre received 9.6 million visitors, making it the most visited museum in the world. The collection is divided among eight curatorial departments: Egyptian Antiquities; Near Eastern Antiquities, Greek, Etruscan and Roman Antiquities, Islamic Art – Sculptures, Decorative Arts, Paintings, Prints and Drawings.
We visited the Egyptian collection, among the world’s largest, comprising over 50,000 pieces, includes artifacts from the Nile civilizations which date from 4,000 BC to the 4th century AD.

After driving up the Champs-Élysées avenue and around the Triumph Arc we headed for Montmartre and the Sacreceur basilica. Of course it rained here too, and it was rather cold and windy. We had lunch at a small restaurant before admiring the view of Paris from Montmartre.

Before leaving Paris we stopped at Sea Life Paris at the Val d’Europe shopping center. There were several aquariums with a lot of different fishes, but most impressive was to walk through the glass tunnel in the large sharks aquarium.
Close Menu