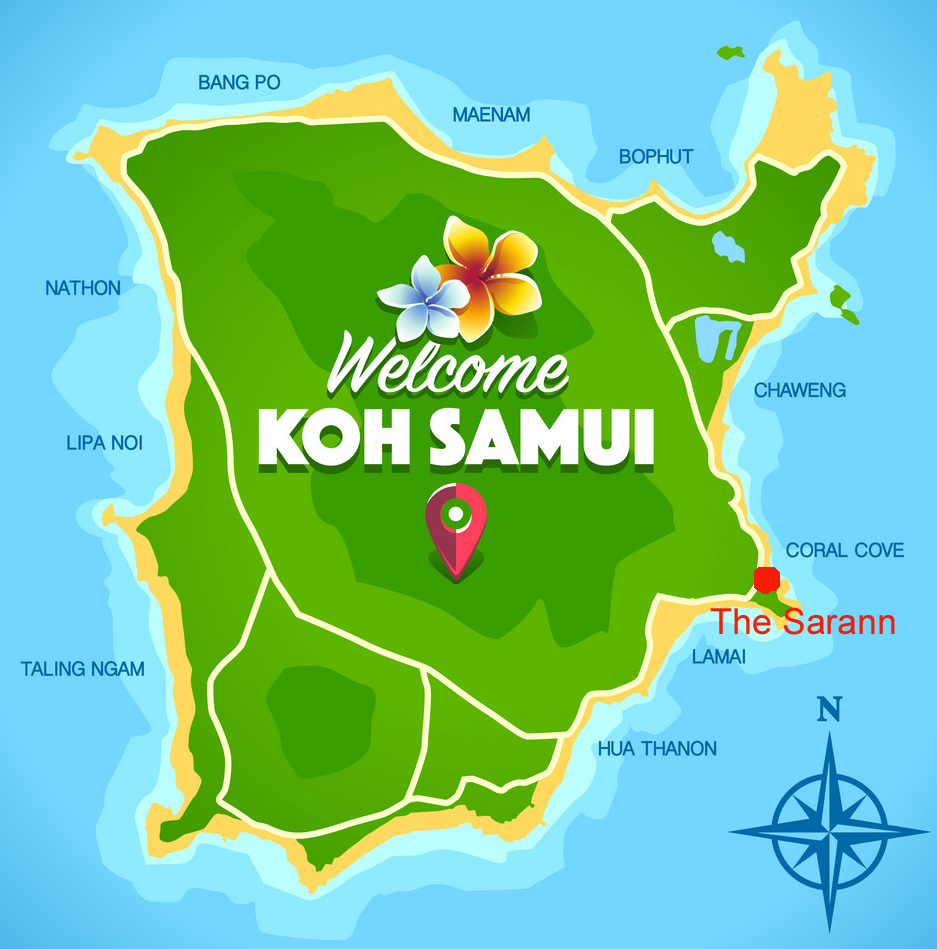 Koh Samui is an island and city off the east coast of the Kra Isthmus. It is Thailand’s second-largest island after Phuket, with an area of 228.7 km2, a population of over 63,000 and a hotel occupancy rate of 73% as the number of visitors increases. Abundant tourist resources, sandy beaches, coral reefs, and coconut trees are present on the island. The central part of Koh Samui is mostly tropical jungle, including its largest mountain, Khao Pom, peaking at 635 meters.

The climate is warm and humid for most of the year. In comparison to Phuket and most of the rest of southern Thailand, Samui’s weather is relatively drier. While Phuket’s Wet Season is spread over six to eight months, Koh Samui’s has only two months. The heaviest precipitation is typically seen in the months of October and November. For the rest of the year, given the tropical climate, rain showers are brief; 20–60 minutes duration is typical.

A last minute booking took my daughter and myself to The Sarann Hotel in Koh Samui. We needed a week of warm weather. It was warm, but the rainy season ended late so we had a few showers also.

The Sarann was a nice place, and the Jacuzzi Suite was fantastic, but we had no sea view, and the hotel was quite far from Chaweng city center. Therefore, on my daughter’s birthday we booked a room in Chaweng for one night to be close to the city life and the beaches.