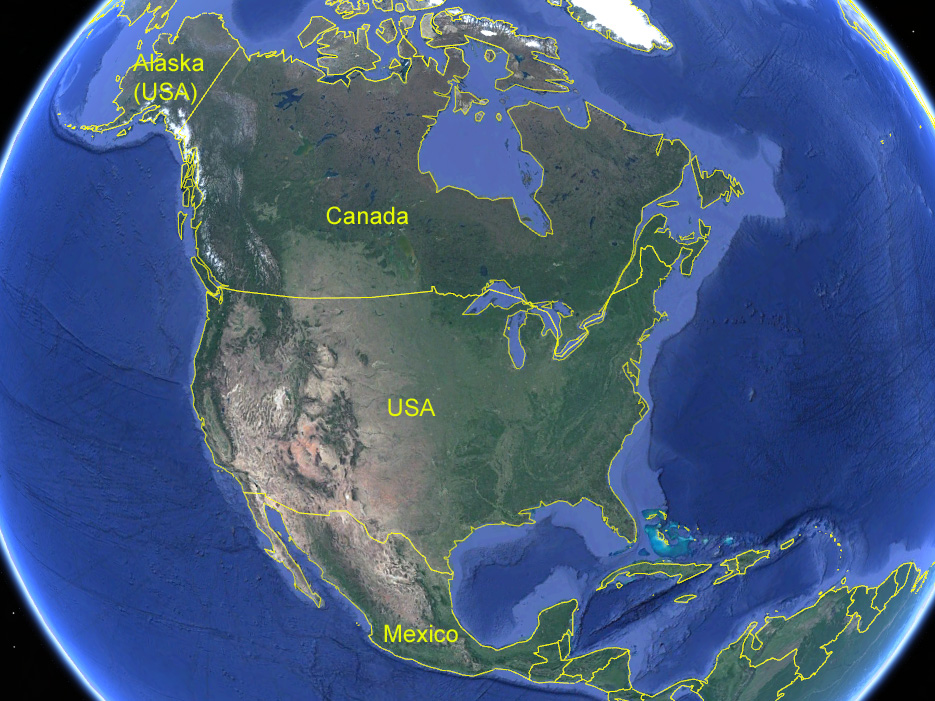 North America is a continent entirely within the Northern Hemisphere and almost all within the Western Hemisphere. It is bordered to the north by the Arctic Ocean, to the east by the Atlantic Ocean, to the southeast by South America and the Caribbean Sea, and to the west and south by the Pacific Ocean.
North America covers an area of about 24,709,000 square kilometers, about 16.5% of the Earth’s land area and about 4.8% of its total surface. North America is the third-largest continent by area, following Asia and Africa, and the fourth by population after Asia, Africa, and Europe.

Present-day cultural and ethnic patterns reflect interactions between European colonists, indigenous peoples, African slaves, immigrants, and the descendants of these groups. Owing to Europe’s colonization of the Americas, most North Americans speak European languages such as English, Spanish or French, and their states’ cultures commonly reflect Western traditions.