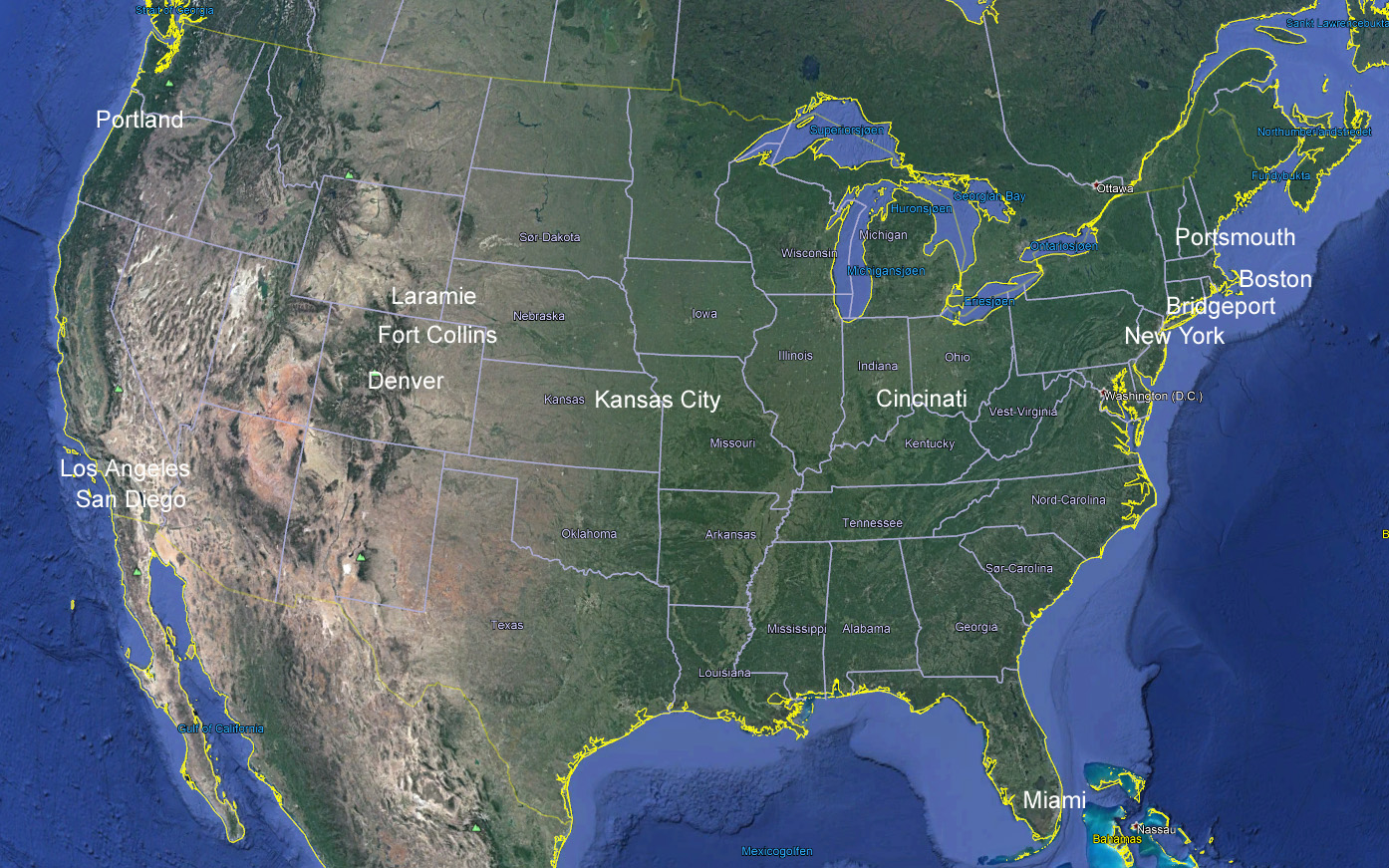 The United States of America (USA) is a country primarily located in central North America, between Canada and Mexico. It consists of 50 states, a federal district, five self-governing territories, and several other island possessions. At 9.8 million square kilometers it is the world’s third- or fourth-largest country by total area. With a population of over 328 million, it is the third most populous country in the world. The national capital is Washington, D.C., and the most populous city is New York City.
The 48 contiguous states and the District of Columbia is contiguous land is composing 83.65% of total U.S. land area. USA also include Hawaii, American Samoa, Guam, and Northern Mariana Islands in the Pacific, and Puerto Rico and U.S. Virgin Islands in the Caribbean.  Measured by only land area, the United States is third in size behind Russia and China, just ahead of Canada.

I have been to USA on several occasions:

I visited friends in Portland, and we first had a sightseeing in downtown Portland. Then a tour up along the Columbia River and up to Mount Hood. where we had a break at the Timberline Lodge where ‘The Shining‘ with Jack Nicholson was filmed.

December 2006 – Driving from Providence to Bridgeport

In connection with visiting ships in Providence and Bridgeport, as part of my work, I drove with a rental car along the coast.

I stopped in the town of Mystic to film the special  Bascule bridge.

On another visit to Bridgeport in connection with visiting a ship in Bridgeport, as part of my work, I had time to visit friends in Connecticut, and a full day in New York City.

I took a sightseeing bus ride in the cold December weather, shopped at Macy’s, and visited Ground Zero (the World Trade Center site).

I had hoped to get up to the top of Empire State Building, but the queue was too long.

This video includes: Flying from Norway to Newark, passing the southern part of Greenland, to visit a ship in Bridgeport in connection with my work.

We drove a rental car to the pier in Bridgeport, and small supply vessel brought us to the ship. We stayed in a hotel in the outskirts of Bridgeport, and we had some extra time to drive around in the area, and I visited some friends in the Stamford/Greenwich area.

After finishing our work we returned to Newark to fly back to Norway.