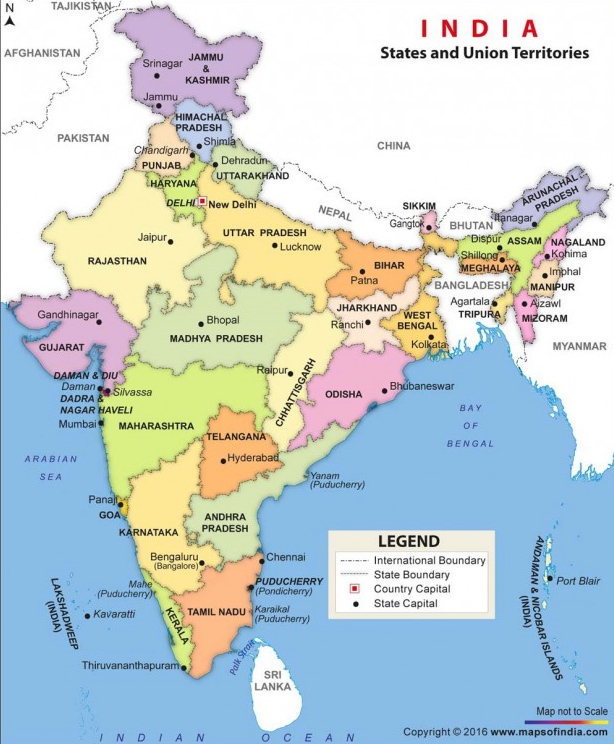 India is the 7th largest country in the world, and has the second largest population after China with about 1,36 billion people, which is almost 18% of the world’s total population. The country’s capital New Delhi (within the city of Delhi) is located in the central north and has a population of ca.25 million.

Indian cultural history spans more than 4,500 years. The Indian subcontinent was home to the Indus Valley Civilisation 2500-1900 BC. During 1700 -500 BC, the foundations of the Hindu religion were laid with many beliefs and practices which still exist today. India is notable for its religious diversity, with Hinduism, Buddhism, Sikhism, Islam, Christianity, and Jainism among the nation’s major religions.

In the early modern era, the expansive Moghul Empire was followed by British East India Company rule. India’s modern age was marked by British Crown rule and a nationalist movement which, under Mahatma Gandhi, was noted for nonviolence and led to India’s independence in 1947.

My first visit to India was during a 24 hour stop-over in Delhi in 1989 on my way home to Norway from Australia.

My second visit was a 14-days reoundtrip in Rajastan from Delhi in March 2019, visiting Agra on our way back.