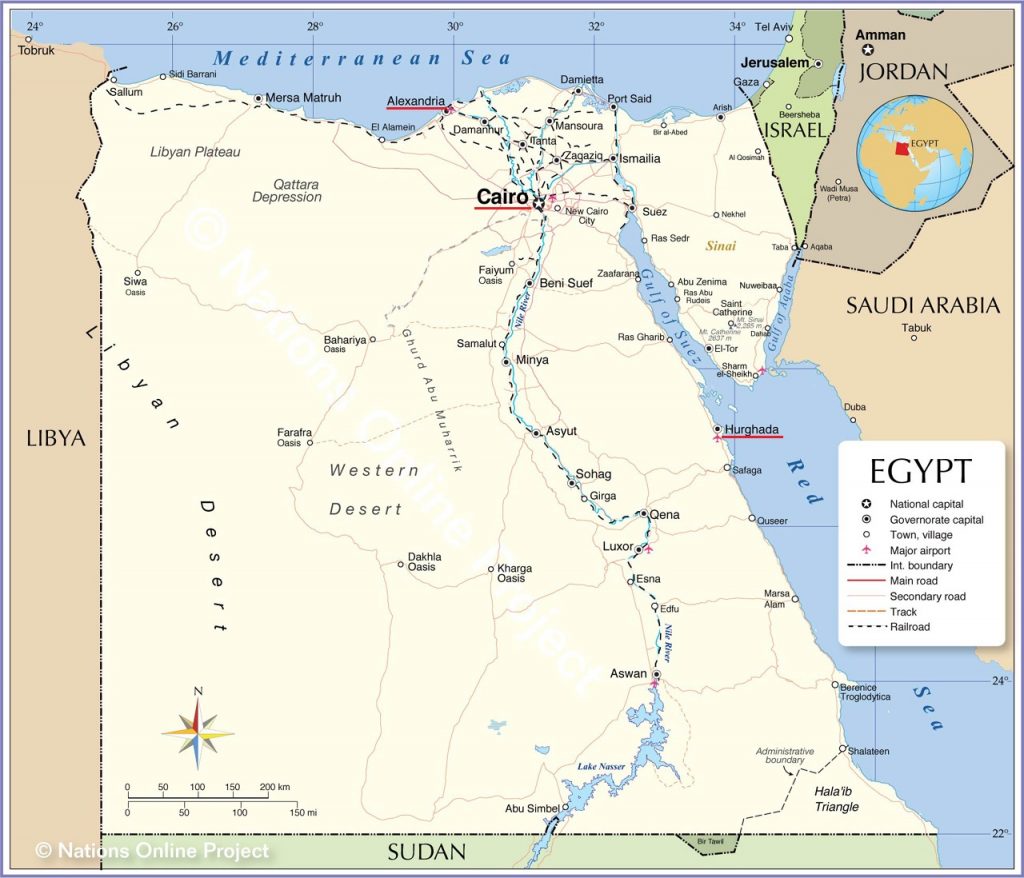 Egypt has one of the longest histories of any country, tracing its heritage along the Nile Delta back to the 6th–4th millennia BCE. Thousands of tourists visits Egypt every year to see the pyramids and other relics from the faraos. Today the population of Egypt is about 103 million people.

I visited Egypt first time in 1966, on our way from Addis Ababa to Oslo for a summer vacation during our 4 years in Ethiopia. We stayed in a quite central hotel, and had a local guide to drive us to the famous sites: Giza pyramids and Sphinx, the Cairo zoo, and the museum.

Next time in Egypt was a transit stop in Alexandria in 2002 on our way to Ethiopia. We did not even leave the plane!

Third time was on a vacation to Hurghada in 2005, where we also took a bus tour to Cairo.
I have always been fascinated by Egyptology, and it was nice to re-visit the pyramids and the museum. I was 11 years old when I was there first time, so I was eager to see it again. In 1966 it was allowed to climb the pyramids, but we did not have time for that. That was a pity, because in 2005 it was not allowed to climb anymore.